It’s never too early to plan to “never forget.”

I get it. The school year has just ended and the last thing you may want to think about right now is what you will be doing in September in your classes. However, discussing 9/11 effectively deserves forethought and preparation to match the motivation and curiosity that students bring to the table.

Despite this motivation, for many students  9/11 is as remote for them as Kennedy’s assassination was to me (I was born two years after JFK was killed).  Students may not be aware that 9/11 was an international event with numerous long-lasting effects: changes in security, warfare, immigration, architecture, travel. So it’s a given that 9/11 should be covered, but let’s be honest, the anniversary of the horrible event arrives so quickly after the school year starts that one really needs to have one’s plan in place to present and discuss the terror attacks adequately.

That being said, please know this: I am no expert on September 11 or how to present it to students. However, I thought I’d share with you a few resources I keep in my classroom.

Understanding September 11 by Mitch Frank, is arranged into chapters entitled with questions such as Who were the hijackers? and Why did we go after Afghanistan?

Published in 2002, the book has become outdated in some ways; it was published before bin Laden was killed, for example. Its frank discussions about the most basic aspects of the attacks and terrorism in general are still important.

With Their Eyes: The View from a High School at Ground Zero edited by Annie Thoms, is a collection of monologues written by students who attended nearby Stuyvesant High School at the time of the tragedy.

A Place of Remembrance, The Official Book of the National September 11 Memorial by Allison Blais and Lynn Rasic, focuses on the memorial and museum complex built to commemorate the tragedy. 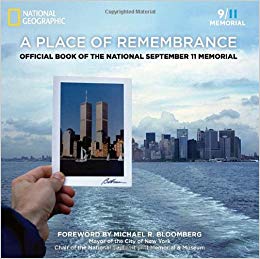 Published by National Geographic, the book contains many photos of artifacts, profiles of those involved with the museum project, and information about the memorial plaza design as well. I only have two copies of the 2011 edition of the book in my room. It is mainly used individually by students who want to know more. Also: an updated 2015 edition is available, but I have not used it. 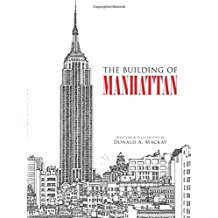 The Building of Manhattan by Donald Mackay has a section about the World Trade Center’s history, including construction challenges, size, and its occupants. Mackay’s distinctive pen and ink illustrations give this book broad appeal

102 Minutes: The Unforgettable Story of the Fight to Survive Inside the Twin Towers by Jim Dwyer and Kevin Flynn.

Choose carefully what you would like to read to your students as this book includes first-person accounts from survivors. Excerpts of this book reveal the terror of those who survived the tower attacks.

“Doomed to Re-Repeat History: The Triangle Fire, The World Trade Center Attack, and the Importance of Strong Building Codes.” This is actually a book review by Gregory Stein of two books, David Von Drehle’s Triangle: The Fire That Changed America, and 102 Minutes. The review discusses the two books individually, connects them with a discussion on “The Ebb and Flow of Building Codes,” and concludes with a discussion of safety and security and their costs and risks. “It is up to us to decide how much we are willing to pay to live in a sensibly safer world,” Stein writes. This book review prompts some meaty discussions with my students. By invoking the Triangle Fire, it brings up the idea of how the passage of time causes us to forget what we have learned from our previous mistakes.

To Engineer is Human by Henry Petroski: I’ve used bits and pieces of this book on numerous occasions and it ties in with my 9/11 unit because it contains excerpts from The Hammurabi Code, which is discussed in the above book review.

The Walk: The Triumphant True Story  directed by Robert Zemeckis, this feature film stars Joseph Gordon-Levitt and tells the story of Philippe Petit, the high wire artist who walked between the two towers in 1974. Just as Petit helped New Yorkers appreciate and grow to love the towers, this movie helps students connect to the towers and the tragedy that later happened.

What I value about this film is that it enables students to experience and personally connect with the towers — and the people who lived and worked there — through shots of the exteriors, lobbies, offices, elevators, receiving areas, the North Tower observation deck, and Austin Tobin Plaza.

My kids LOVE this movie. I show it to my sixth-graders at the end of the year. It’s a good way to introduce students to the Twin Towers and city without the context of 9/11.  You cannot go wrong with showing this film. My students always ask to watch it again! The film is rated PG; there are three to four uses of profanity. Length: 123 minutes.

My eighth-graders are riveted to every minute of this important film. The documentary eloquently conveys the horror of the day, including the responses of New York City, the nation, and the world.  Even though it has a TV-PG rating (and therefore doesn’t require a permission slip, per my school’s policy), I send a permission slip home anyway for parents to sign. The movie has some disturbing scenes, including people jumping from the towers.

The film also recognizes that, although our collective soul was irrevocably altered in the span of a few hours, the United States of America will prevail. It’s my hope that this excellent film relates better than I can that September 11 is relevant and important, not merely “historical”… in the distant past of my students’ minds. Read this post from my sister blog for more on this idea.

There you have it. These are the various materials I use to engage my students in writing about 9/11. Even though I use these every year, I am always on the lookout for new resources. If and when I find any additional ideas, I’ll write another post to let you know.

With each passing year, I feel that the memories of this horrible day are fading more and more into the distant past. It’s important that we keep alive the memory of what was lost on that day.

Thanks for reading. If you have a minute, leave a comment to share your own ideas and resources.